Ever have that nightmare where you get to school and look down and you don't have any clothes on?  Maybe it wasn't school, but at work?  Or during a big presentation?  Or showing up to the start line of a half marathon without your clothes?  Ya that was almost me. And it wasn't a dream.

Our training partner's daughter was running her first 1/2 marathon this past weekend at the Halifax Blue Nose Marathon and we had all registered to run it with her. We were going to be her own personal pace bunnies, motivators, cheer squad and overall support team. It's what we do. We weren't there to set PB's or run until we threw up. We were there for her. She called us her very own "Breaking 2 Team". For those of you who don't get the reference, you must not be as dedicated a marathoner as you thought. (Just kidding - it was Nike's attempt to break the 2 hour marathon and you probably should have watched it because it was the Barkley 2017 all over again (oh, that's another marathon reference you should understand too...lol)).

Anyhow, we had all planned to travel down the day before, pick up our race bibs, enjoy the expo then hit up dinner together.  So Sean and I head out of town nice and early so we could get there in plenty of time to relax a little before the festivities began. About half way there I realize the horrific mistake I've made. I turn to Sean and half-scream, half-shriek "I forgot all of my race gear!!"  He looks at me with a blank expression and a moment later says "we are going to Halifax for ONE reason and you forgot your gear?!"

Here's how it happened - I got a new shirt and shorts on Thursday, went for a run in them on Friday to test them out and forgot to wash them after my run. Saturday morning was a flurry of last minute packing and one more short run so I threw my clothes in to the wash and planned to take them damp in the car cause they would dry on the way. We packed the car and hit the road on time and our departure was seamless. Until I realized I'd forgotten ALL my clothes.

The good news was that I'd remembered my shoes a sports bra and my water belt. But I was going to look pretty funny at the start line wearing just that.  So we arrive in Halifax and spend the next three hours trekking all over the city in an attempt to find me new clothes. I don't know if you have ever gone shopping before when you HAD to find something very specific and had a very short time window in which to find it.  Let me tell you, that $h!t is stressful. I think my blood pressure rose to an unsafe level and my heart rate was through the roof.

Also, for those of you runners who are very particular about what they wear, picture this - not only am I running through stores like a crazy person, I am touching every single garment to see if it is the right material and texture. Just kill me now. So now I'm the crazy lady, who is displaying all the behaviors of a potential shoplifter darting around erratically AND I am touching all the items I walk by, muttering to myself "no, too heavy, not quite fitted enough, is this going to be long enough, blah, blah, blah...". I'm honestly surprised I didn't get followed in more than one store.

Luckily there is a happy ending to this story. I did end up finding a new running outfit and we made it to the expo with 30 minutes to spare to get our race bibs and met up with the gang before heading to dinner. I won't tell you about the traffic nightmare we endured to get to our hotel, because that's an entirely different story, but in the end we made it!  My clothes were amazing and I didn't get even one bit of chaffing!!  Win!!  The race was awesome and Courtney crushed her first ever 1/2 marathon. I even got a little choked up as I cheered her on across the finish line. There's something so emotional about that moment. It gets me every time. 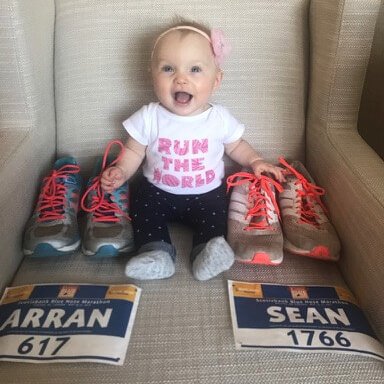 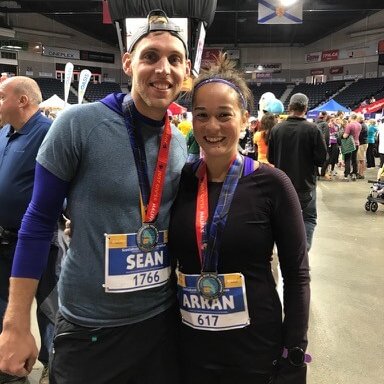 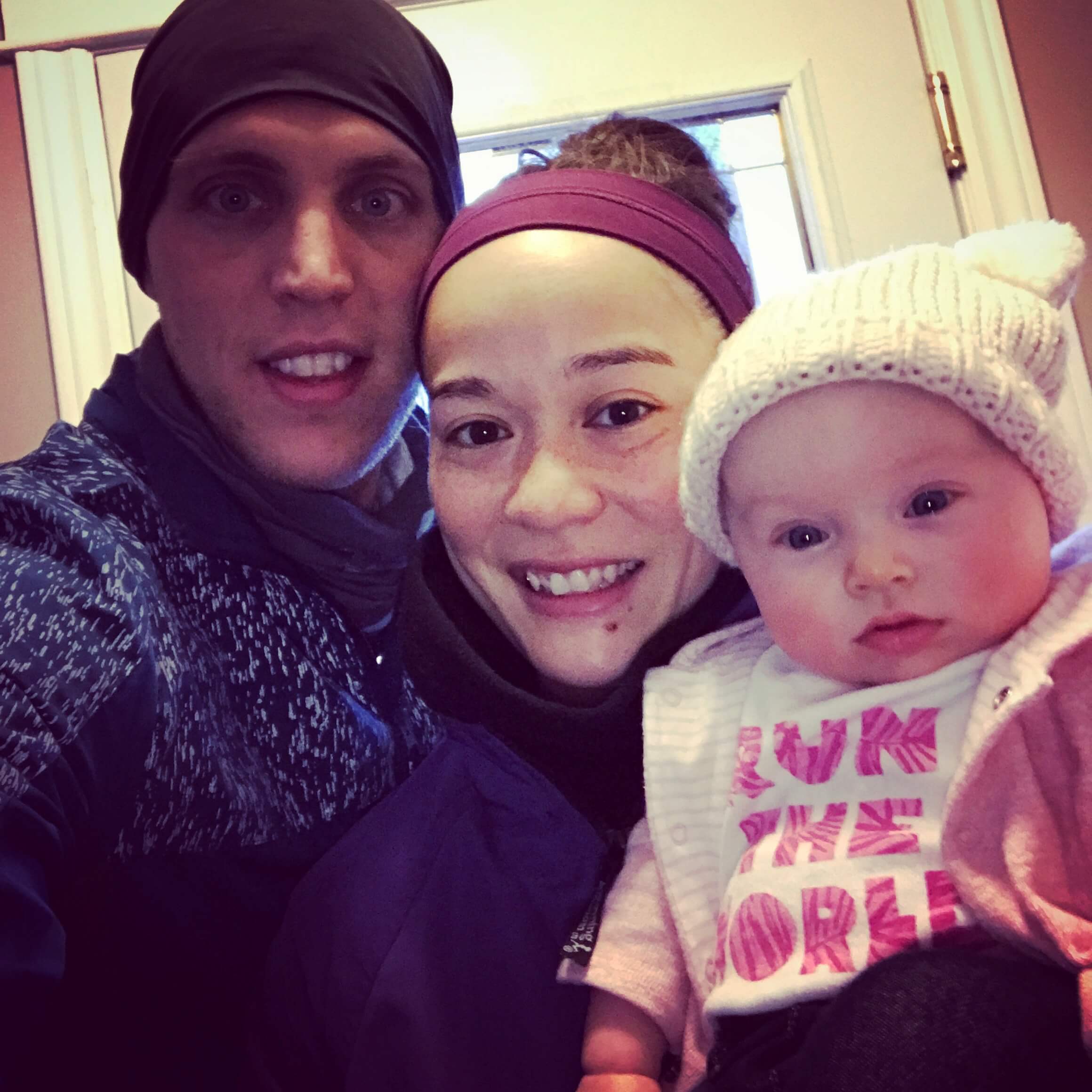 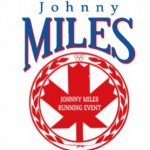